Addressing the phenomenon of yellow journalism in Indonesia is not about right or wrong judgments on the existence of yellow newspapers. This phenomenon is a media reality, as part of the dynamics and history of the newspaper industry itself. Also, do bear in mind that early developments of journalism in its forbear countries (United States and Britain) cannot deny the contributions of yellow paper in maintaining readers’ interest to buy newspapers, especially when the print media business suffered major depression in those countries. Thus, what needed is an effort to address the presence of yellow journalism in a proportional manner, as a logical consequence of freedom of information that is synergized with democracy system and free market mechanism.

Starting from the existence of yellow newspapers that are allegedly featuring sensational language plays through dramatization style, emotionalism and personalization in delivering their news, hence the attempts to examine sensationalism presented in yellow newspapers and how journalistic ethics overviewed needs to be done. Professional journalism, or often referred to as the ideal journalism, demands the existence of objectivity in news writing. The principle of objectivity must be met for a message to be accounted for. Among the requirements of an objective news are factual, accurate, complete, relevant, balanced, and neutral (McQuail, 1992, p. 196-204). McQuail argued further that the standard of objectivity of information would be obtained, among other things, by not presenting it in sensational manner (McQuail, 1992, p. 42).

In the working procedures of journalism, journalists must avoid sensational presentation of a news, as the Fink’s views (1995, p. 63-64) that states that since the beginning, the ethics of writing news are closely related to the selection of news sources and how the quotes are selected. News sources are very influential in the formation of public opinions, while the selection of quotations by journalists in pursuit of sensation could be a “trap” in itself and has the potential to hide certain opinions of a specific resource (the sin of disguised opinion).

Seeing the “danger” that can be generated by the selection of quotations loaded with journalism sensationalisms, yellow newspapers are supposedly able to maintain objectivity. Objectivity relates to media neutrality in reporting an issue. However, it must be admitted that there is no way any media coverage could be one hundred percent pure objective and neutral. Nevertheless, the media could attempt to optimally approach that particular objective attitude. Moreover, in general, yellow newspapers still have to go back to their root functions as the mass media. As said by Robert F. Kennedy (in Rivers, Jensen, & Peterson, 2003, p. 99), “Newspaper is proportional to the courts, sometimes even more so, in protecting the fundamental rights of the people.” Robert Kennedy’s opinion is closely tight with media responsibilities in the life of a free society.

In performing their functions, rights and obligations, mass media–including yellow newspapers, must respect the rights of their readers. For this the media is obliged to be professional and open to be controlled by society. One of the ways to guarantee press freedom and fulfill the public’s right to obtain quality information is that Indonesian journalists need to have the moral foundations and professional ethics as operational guidelines in maintaining public confidence and uphold their integrity and professionalism. On that basis, Indonesian journalists set and adhere to the Code of Journalistic Ethics as a guide in carrying out their profession.

Based on the joint decision bridged by the Press Council in Jakarta, on Tuesday, March 14, 2006 attended by various components of journalists who were represented by 29 journalists associations, both print and electronic, all involved are agreed to the implementations of the 11 Articles of Code of Ethics of Journalism, namely:

Of the above 11 chapters, if associated with ethical judgments towards the performance of yellow journalism in Indonesia, as evidenced by the characteristics inherent in this type of newspaper, then there are several articles with each respective interpretation that are often violated or at least prone to abuse, such as Article (1), Article (2), Article (3), Article (4), Article (5) and Article (9). Although still not denying the possibility of violations of the other articles. The brief explanations are as follow:

In Article 1, point “…resulting in news that is accurate…” indicates that Yellow newspapers often violate the accuracy of news. The definition of accurate news in this regard is such as the interpretation of journalistic code of ethics: “trusted to be accurate based on objective circumstances when the event occurred.” So, by looking at the many practices of dramatizations, sensations and the use of anonymous sources in reporting, it can be assumed that the practices of yellow journalism often lead to violations of this code.

In Article 2, as the interpretation of professional ways depicted in point (d) and (e), which reads “resulted in a factual and clear news source” and “the engineering recording and loading or broadcasting images, photographs and sound comes with description of sources and displayed in balance“. Barring intention to generalize, there are many yellow newspapers reports that lead to violations of this code, for example, news writing with just quoting from one source (one sided). Sometimes even the source is not clear as to be confusing when it is time to re-checking. Also frequently encountered is the displaying of images without source and date, as well as providing certain effects (retouching) on the photo or image that is displayed to give dramatic impressions.

In Article 3 it reads, “…always test information, provide balanced presentation, not confusing facts and opinions resulting in judgmental news, as well as applying the principle of presume innocence.” Interpretations of this article are (a) examine the information, then do check and recheck the truthfulness of the information, (b) balance means to give space or coverage time to each party proportionally, (c) judgmental opinions are personal opinions of reporters. This is different from interpretative opinion—that is, the journalists’ opinions in the form of interpretations of the facts, (d) the principle of presume innocence is a principle not to judge someone. The news on yellow newspapers contain mostly of contents mixing between fact and journalists’ opinions, although the levels are not always great. In addition, sometimes it is not clear the relevance between news sources with the ones being reported. Related to the prohibition of a verdict by a journalist (trial by the press), it also becomes a habit that is often done, for example in cases of corruption, journalists point out a person as the main perpetrators, despite the fact that the status is merely a defendant and has not yet been proven by the court.

In Article 4, which reads, “…do not make false, slander, sadistic, and obscene news.” Considering the various concerns and public reaction, as well as media watch monitoring for the contents of yellow newspapers featuring pornography and violence, then this practices lead to violations of the things mentioned in the Code of Ethics of Article 4, especially the interpretation of points (c) and (d) about sadistic and obscene. The complete interpretation of Article 4 reads as follow: (a) lie means something that is already known before by journalists as being not in accordance with the facts occurred, (b) slander means the groundless charges made deliberately with bad intentions, (c) sadistic means the acts of cruelty know no mercy; (d) obscene means lewd behavior in an erotic depictions using photographs, images, sounds, graphics or written form, solely to arouse lust.

In article 5 which reads, “…do not reveal and broadcast the identity of rape crime victims and do not reveal the identity of a child who commits crime.” The interpretation of this section: (a) Identity, it means all the data and information concerning a person who allows others to track that particular person easily. (b) Child here is a person who is less than 16 years old in age and is unmarried. Avoid character assassination and news that is badly impacting the future of children, both victims and perpetrators of crime. This is often overlooked because of yellow newspapers emphasizing largely on informative side. So far, the journalists care only to protect identities involving cases of rape, while other themes are less observed.

Lastly, Article 9, which reads “…respect the rights of source persons about their personal life, except in the name of public interest.” This code is almost always violated by yellow newspapers in forms of gossips and infotainment news especially involving artists and official persons. Journalists often do not consider personal and private aspects of the source’s life. Starting from the way the information is requested to the how image is taken–all in ways that tend to be unethical. Personal and/or private life as interpreted in Article 9 means any aspect of a person’s life and his family other than those related to public interest.

Thus concludes some Codes of Ethics that are often violated by the mass media, especially by yellow newspapers in Indonesia. It should be underlined that not only the yellow newspapers but even those labeled as quality newspapers are pretty often commit similar violations. The above descriptions do not describe per case of ethics violations that occurred, merely a general picture of it. 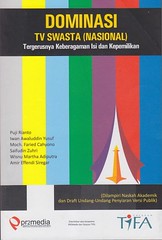 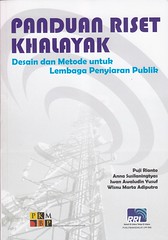 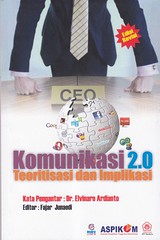 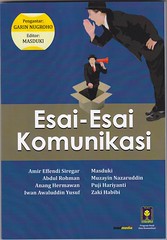 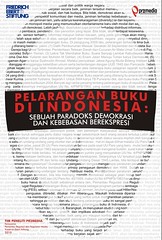